The Furiant Chamber Choir was founded by Steve De Veirman in September 1995 and quickly developed into a balanced ensemble performing at the highest level. The name ‘Furiant’ guarantees lively, energetic and expressive music, performed by powerful youthful voices. Primarily the choir aims at gathering a group of voices that are as homogeneous as possible. But Furiant also invests a lot of time and energy into the technical development of each individual – bringing in trained voice coaches when needed.

With the repertoire the choir tries to give an impression of the full scale of polyphonic musical literature. It aims at displaying the vibrancy of colour and expressions of chamber choir music, throughout different styles and decades. Recent works created by composers such as Eric Whitacre, Jake Runestad and Ola Gjeilo are also frequently performed.
The Chamberchoir partook several times in the Belgian ‘Choir of the Year’ competition, and was as such the finalist at the Lemmens Institute Concert in 2005, and semi-finalist at the Flagey Studio 4 in 2004.

Furiant also participated in other major projects such as a performance of the musical ‘West Side Story’, a stage production of ‘Amadeus’ and the ‘Ode Gand by Night’-edition of 2013 organized by the Ghent Festival of Flanders. In november 2014 Furiant hosted the Thai Suanplu Chorus in the Saint-Nicolas Church (in Ghent, and took part in the spectacle piece ‘1000 Voices for Peace’, in remembrance of the first World War, this in cooperation with the Festival of Flanders Brussels). In January 2016 Furiant promoted to the highest division of the East Flemish Provincial Choir Competition
In 2018 Furiant hosted the Barcelonean ‘Cor de Cambra de Granollers’ conducted by Josep Vila Jover. In return Furiant visited its colleagues last October and joined them into several concerts in Barcelona.

During the World Choir Games 2021 in Flanders this ambitious choir presented himself in the highest division, The Champions Competition, and won 2 golden medals in the categories Mixed Chamber Choir and Sacred Music! 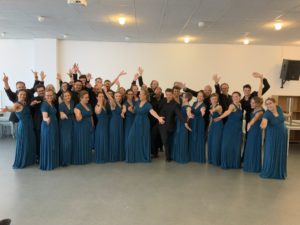 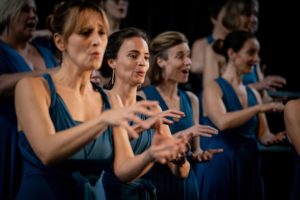 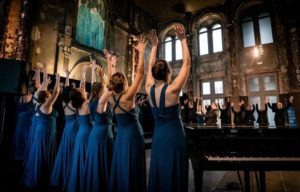 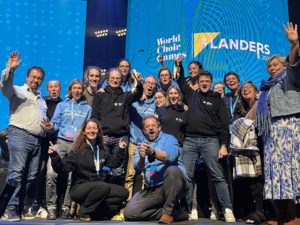