Furiosa is 1 of the 5 choirs of Arte Musicale vzw, an organisation led by Steve De Veirman. This idea for a choir for young women arose in 2009 when the ‘eldest’ girls of the children’s choir Furiakanti wanted to continue growing and to reach new highlights. So they separated from the children (-16 years old) and became the women’s choir Furiosa. 10 years later, 30 women form this close-knit group, both on and off the stage.

The choir focuses on unique repertoire of equal voiced (SSAA) choral works from the most recent choral literature. Composers such as Dan Forrest, Ola Gjeilo, Eva Ugalde, etc. no longer have secrets for these girls. Thanks to their unique sound, they are often asked for concert programs, weddings and also studio recordings.

Furiosa also embraces other challenges! In 2017 the choir participated for the last time possible in the Provincial Choral Tournament where the choir reached a higher rank and were promoted to an ‘excellent’ choir (or ‘uitmuntend’ in Dutch). After having taken part in several national choir competitions such as the Festival of Flanders in Kontich (2017, Great Distinction) and Tenso DAYS in Mechelen (2017, 2nd place, honorable mention of the jury), we thought the time was right to compete in an international competition. With a nice 6th place and a lot of inspiration for the next (inter) national participation in a competition, Furiosa returned home proudly.

For the Christmas concert in 2017, Furiosa performed the breathtaking Magnificat by Kim André Arnesen. In 2018 this concert was sold no less than 4 times. After such a memorable year, we organised a concert entitled ‘Silence’ for our own audience in Ghent and we participated for the second time in the Festival of Flanders in Kontich, where Furiosa was given the first prize. In October 2019, the choir also competed in the Flanders International Choir Contest in Genk (IKV.)

During the World Choir Games 2021 in Flanders this ambitious choir presented himself in the highest division, The Champions Competition, and won 2 golden medals in the categories Equal Chamber Choir and Contemporary Music! 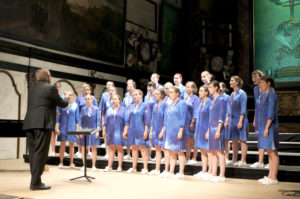 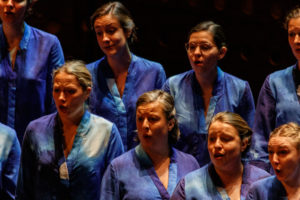 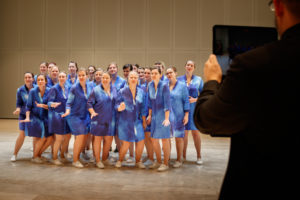